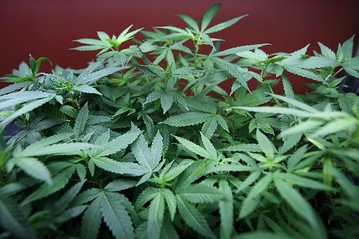 For the first time, the American Academy of Pediatrics is recommending the U.S. Drug Enforcement Agency reclassify marijuana so that more research can be conducted in the hopes of finding benefits for children. The influential medical society also proposes that marijuana should be made available on a compassionate use basis for children with debilitating or life-threatening illnesses.

Specifically, the AAP wants marijuana to be removed from the DEA’s Schedule 1 listingfor controlled substances, which are not considered to have any “currently accepted medical use in the U.S., a lack of accepted safety for use under medical supervision and a high potential for abuse.” Other drugs in this category include heroin, acid and ecstasy.

Instead, the medical society wants marijuana downgraded to the list of Schedule 2 drugs, which are considered to have a “high potential for abuse which may lead to severe psychological or physical dependence.” These include various widely prescribed narcotics, such as oxycodone and fentanyl, as well as morphine and codeine, which are used for medical purposes.

“A Schedule 1 listing means there’s no medical use or helpful indications, but we know that’s not true because there has been limited evidence showing [marijuana] may be helpful for certain conditions in adults,” says Seth Ammerman, a clinical professor in pediatrics at Stanford University and a member of the AAP national committee on substance abuse, who co-authored the new policy statement.

“By placing this on Schedule 2, it would allow the FDA to be involved [in pediatric research] as the agency is in any study. Unless scheduling changes, this won’t happen. And there could be therapeutic benefits. The AAP is not opposed to medical marijuana, per se, but we feel it’s important that this be explored within the [framework of the] FDA process, where you have standardization.”

Epilepsy has been high on the list of potentially beneficial uses. Last year, the Epilepsy Foundation called on the DEA to reschedule marijuana so to improve and bolster research, reflecting a growing belief that medical uses can combat the affliction. Since marijuana became legal in some states, there have been reports that cannabis compounds may reduce the frequency or severity of seizures.

To what extent the Obama administration will consider making such a change remains unclear. There have been numerous proposals and recommendations made over the years to change the DEA scheduling. In 2008, the American College of Physicianssuggested a review. But the federal government has resisted relisting over debate about the kind of scientific evidence that would warrant a change.

Although 23 states have legalized medical marijuana for those who receive recommendations for use by physicians, there is no accepted medical use on a federal level. The FDA is conducting an analysis – at the request of the DEA – to determine whether marijuana should be downgraded on the Controlled Substances list. We have reached out to the FDA for comment and will update you accordingly. The DEA, meanwhile, last year approved an  increase in the amount of marijuana that government researchers can use for studies.

The AAP recommendation, meanwhile, is potentially significant. By adopting such a policy, the influential medical society is lending its voice to a growing national debate over the veracity of using marijuana for medical purposes. And any steps that lead toward new research may also open the door to further investment from a variety of companies that view marijuana as a growing, if risky market.

“Most people realize AAP advocacy is for the well-being of children,” says Ammerman. “As pediatricians, we’re into prevention and early intervention. So having this voice will be important. We’re advocating for the kids and if it leads to research that establishes [that marijuana offers] a benefit – whoever conducts the research – then what we’re doing could help improve pediatric care.”

[UPDATE: An FDA spokeswoman says the agency “can’t comment on the suggestion to change the schedule for marijuana, as the latest FDA review of the issue (known as the 8-factor analysis) is currently ongoing. However, FDA agrees with the call by the AAP for rigorous scientific research into the uses of marijuana. The FDA has an important role we are playing to support scientific research into the medical uses of marijuana and its constituents as part of the agency’s drug review and approval process. As a part of this role, the FDA supports those in the medical research community who seek to study marijuana.”]